From development to deployment: Distributed AI environments depend on HPE and Mellanox

When it comes to finding insight into massive amounts of both structured and unstructured data (images, text, voice, videos), machine learning is of principal importance for both research and business. Data analytics has become an essential function within many high-performance clusters, enterprise data centers, clouds, and hyperscale platforms.

Machine learning is a pillar of today’s technological world and offers solutions that enable better and more accurate decision-making based on the great amount of data being collected. Machine learning encompasses a wide range of applications, ranging from security, finance, and image and voice recognition, to self-driving cars and smart cities.
Optimized for production environments, training at scale with the HPE Apollo 6500 Gen10 system that employs NVIDIA® Tesla V100, NVIDIA T4, and NVIDIA RTX GPUs and Mellanox end-to-end high speed 100 Gb/s interconnect fabric is a high-performance solution that provides exceptional performance for machine learning 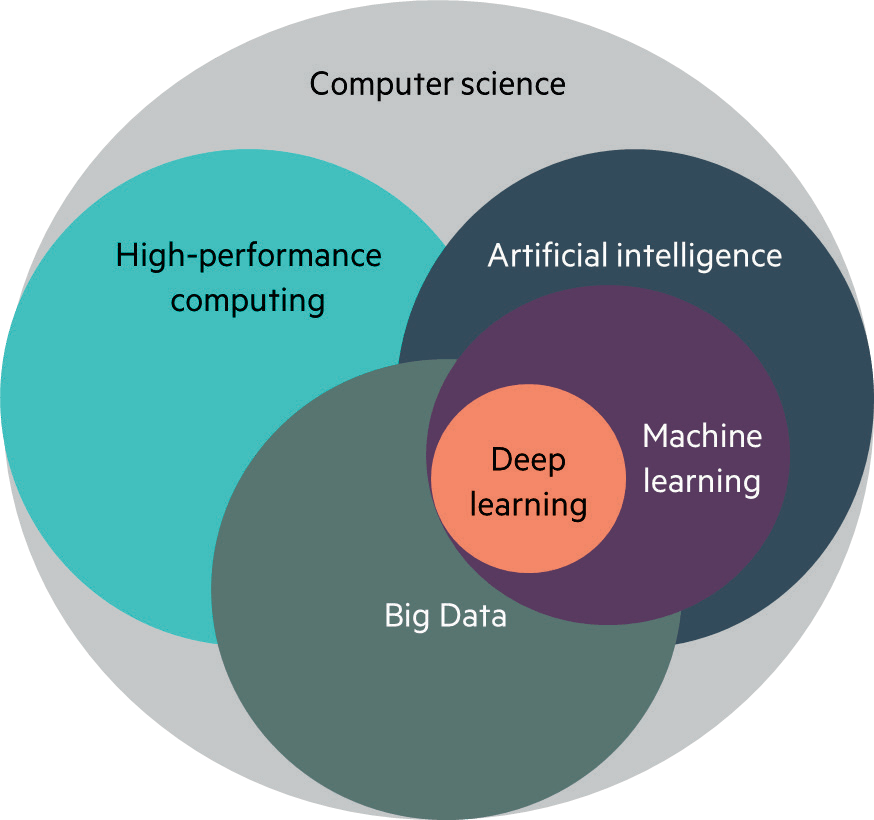 AI development and deployment to production provides faster time to revenue or cost reduction or quality improvements to the business; however, it can be complex and requires the right technology and methodology to be successful.

Hewlett Packard Enterprise provides a single source for both. Working closely with world-class partners, HPE delivers technology along with guidance from resources such as the HPE Deep Learning Cookbook and consultative services.

The solution: The following products are integrated as a combined solution.

The HPE Apollo 6500 Gen10 system supports up to eight NVIDIA Tesla V100 SXM2 16GB or 32GB GPU modules. Powered by NVIDIA Volta architecture, the Tesla V100 is the world’s most advanced data center GPU, designed to accelerate AI, HPC, and graphics workloads.1 Each Tesla V100 GPU processor offers the performance of up to 100 CPUs in a single GPU and can deliver 15.7 TFLOPS of single-precision performance and 125 TFLOPS of DL performance, for a total of one PFLOPS when fully populated with eight Tesla V100 GPUs. The tested architecture leverages NVIDIA NVLink technology to provide higher bandwidth and scalability for multi-GPU configurations. A single V100 GPU supports up to six NVIDIA NVLink connections for GPU-to-GPU communication, for a total of 300 GB/s. 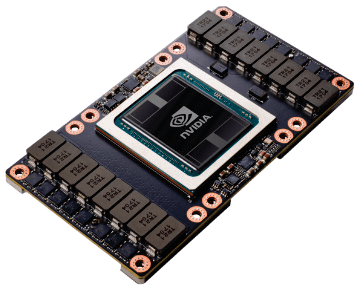 When GPU workloads and data sets scale beyond a single HPE Apollo 6500, a high-performance network fabric is critical for maintaining high-performance, internode communication, as well as enabling the external storage system to deliver full bandwidth to the GPU servers. For networking, Mellanox switches, cables, and network adapters provide industry-leading performance and flexibility for an HPE Apollo 6500 system in a DL solution.

Mellanox is an industry-leading supplier of high-performance Ethernet and InfiniBand interconnects for high-performance GPU clusters used for DL workloads and for storage interconnect. With such technologies as remote direct memory access (RDMA) and GPUDirect, Mellanox enables excellent machine learning scalability and efficiency at network speeds from 10 Gbps to 100 Gbps. The InfiniBand network provides a high-performance interconnect between multiple GPU servers as well as providing network connectivity to the shared storage solution.

In this paper, we are testing the performance of distributed deep learning using Horovod. Horovod is one of the latest methods for optimizing distributed deep learning using a ring reduce methodology with NVIDIA Collective Communications Library (NCCL). Our testing mentioned in the following will examine result of Horovod over standard Ethernet (TCP) protocols and using Mellanox’s InfiniBand technologies. In the InfiniBand implementations, we compare the implementation with and without enabling of GPUDirect.

The following training was performed using ImageNet 2012 for both ResNet-50 and VGG16 models. This was to demonstrate scalable performance and efficiency by utilizing HPE Apollo 6500 Gen10 systems with NVIDIA Tesla V100 SXM2 16GB GPUs while providing comparisons of the scalability and performance advantages using Mellanox EDR 100Gb/s InfiniBand over that of 100 Gb/s TCP. 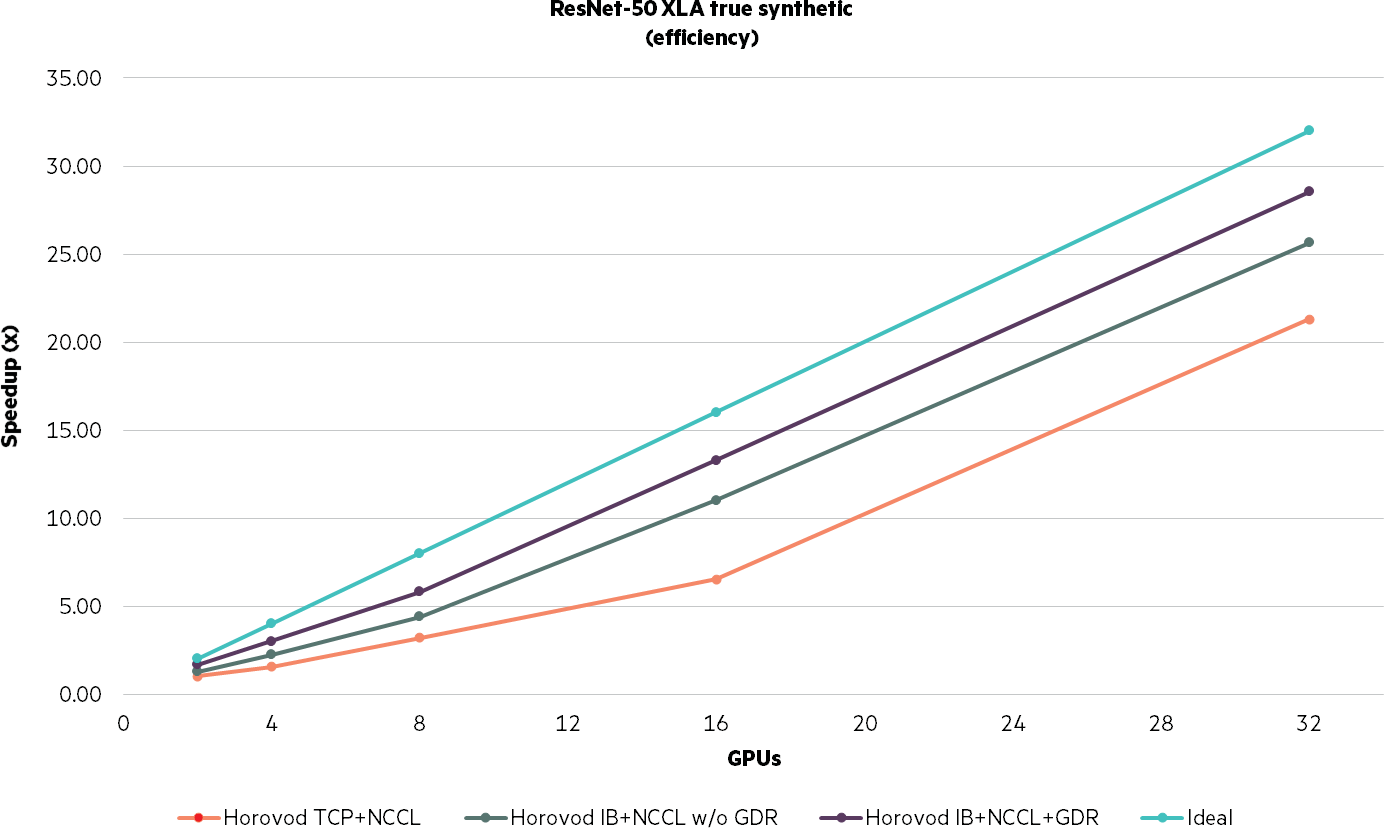 Key takeaway: With any distributed computing exercise, the efficiency is not a purely linear result—32 GPU are not 32X faster than one. Even inside a single HPE Apollo 6500 system, 8 NVLink enabled GPUs are not 8X faster than a single GPU, with only ~75% (4886/[8×838]) scaling efficiency in a single node of GPU with NVLink. Progress has been made in recent years on enabling distributed deep learning in an InfiniBand environment. As an example, consider the almost 90% scaling in our results with Horovod, InfiniBand, NCCL, and GPUDirect enabled above for 32 GPU versus a single GPU (23914/[32×838]).

Key takeaway: Again, consider the almost 90% scaling in our results with Horovod, InfiniBand, NCCL, and GPUDirect enabled previously for 32 GPU versus a single GPU.

STILL NOT SURE WHAT TO DO?

We are glad that you preferred to contact us. Please fill our short form and one of our friendly team members will contact you back.